An Essential Guide to Systemising Your Systems

Regardless of all the technology and tools we have available to utilise nowadays, it’s amazing how many people still carry everything around in their head.  However, all too often this tactic can lead to disaster – sometimes of epic proportions.

Having systems in place not only enhances the value of your business and employees, but also reduces your stress and increases clarity.  The reality is: we like to think the worst can never happen to us. But deep down we know no one is immune to the unexpected – and if what’s in your head isn’t documented – how do you keep the wheel churning if the worst does happen?

What about that employee who has been with the company for years and is crucial to the organisation – you know the one that just knows how everything works? Knows all the clients and all the staff birthdays? What if they leave or something happens to them? What do you do then?

And if that’s not enough to convince you to document your systems – then what about increasing cold hard profit?  We all know time is money, so wasting time doing tasks that could be automated or repeatedly training people over and over again, essentially reduces productivity, efficiency and money!

7 Essential Tools To Systemise Your Business.

Tool 4: Develop flowcharts to take your most used systems to the next level.

Tool 5: Use task management software to track “who is doing what by when”.

Tool 7: Hire a Virtual Assistants to help with repetitive tasks that aren’t the best use of your time.

So now you have the direction and tools on bettering workflows, you’re well on the road to becoming more clear and focused about where you and your business is heading.  There’s just one last essential step – ACTION.  Whether you chose to start with just one of the tools or all of them, the most important thing is to just start!

Think you could you utilise a little more help?  Then have a look at our other blogs, see what workshops are coming up, or contact us! 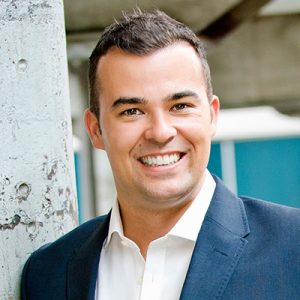 Dale Beaumont is best known as an award-winning entrepreneur, technology enthusiast and a passionate promoter of education.

Having started his first business at the age of 19, Dale went on to build three different million dollar companies before the age of thirty.

One of these companies saw Dale write and publish 16 best-selling books, which have collectively sold over a quarter of a million copies. Incredibly, 11 of those 16 books were published in a single year, a feat that earned him the title “Australia’s Most Prolific Author”.

This was followed by the launch of Business Blueprint, an education company designed to help fellow entrepreneurs build the business of their dreams. Seven years later Dale has personally trained over 15,000 people and produced over 750 business training videos.

In 2015 Dale decided to go global and he set a goal to help 1,000,000 entrepreneurs from around the world discover the blueprint for business success. To achieve this Dale launched “The World’s First 24-Hour Small Business Channel“. Streaming live on all smart-phones, tablets, computers and televisions, the channel now broadcasts business education into 185 countries across the globe.

As a result of Dale’s success, he has been interviewed on Sunrise, Today Show, Mornings, Ten News, ABC Radio, Radio 2UE as well as being featured in over 100 newspapers and magazines, including Wealth Creator, My Business Magazine, AFR Boss and Virgin’s In-flight magazine.

On a personal note in 2007 Dale became a father and decided to start travelling with his young family. Following the formula, two months work one month adventure, Dale with his wife Katherine and two boys have now travelled to over 60 countries. This includes stepping foot on all seven continents (yes even Antarctica), visiting all five Disneyland parks and volunteering in several orphanages.

Plus for the last five years Dale and his wife Katherine have been supporting the charity ‘Hands Across the Water’, which builds homes for orphans living in Thailand. By partnering with their clients their company has now collectively raised over $1,000,000, which now supports 300 children with food, education, medical needs and most importantly love.