Discover The Online Marketing Strategies That Can Save You Time

2021-04-28T14:38:18+10:00 David Jenyns
Are you looking at opportunities in the online world to expand your business and some online marketing strategies to implement?

Brent Hodgson shares in this SystemHUB workshop what million dollar businesses were doing to make their money. Some of them later struggled to the point of near bankruptcy. What were they doing to cause this?

Listen to Brent Hogdson describe how the systems and the online marketing strategies used by one business almost caused bankruptcy? Consider a system for your systems and sign up today for your free systemHUB trial – click here.
Video transcript:

How do I do this so I don’t have to do it again? It has served me really well when it comes to marketing especially. I had a really frustrating conversation with a client recently. I said, I can keep carrying your buckets for you, or I can build you your pipeline. Which would you prefer I do?

The conversation itself was’nt that frustrating. The frustrating thing about this client is how they run their business. I’ll give you a little look at how they’re running it. This particular business is making millions of dollars per year in predominantly online sales. But the way they do it is for me the most frustrating thing in the world. It is something where they have to keep doing the same things over and over again. They keep on doing a task and having to pick that task up and re do it every year. 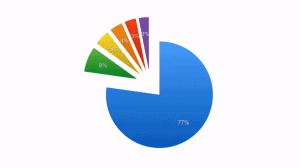 These other colored areas are little promotions that they’re running throughout the year. Those little promotions are for related products, third parties that offer similar services and so forth. They pick these up and they run a little bit of a promotion, they do a bit of a seminar tour and they make hundreds of thousands of dollars for each of these promotions.

The problem for what theyre doing here though is, every time they do one of these promotions, its single use only. They pick it up, they create the marketing materials and then they throw that marketing material away.

What I do with my marketing is build pipelines versus carrying these buckets. Carrying the buckets, you fill them up, you use them and you can dump bucket loads of cash on your desk. But if you’ve got a pipeline, it’s something that flows consistently. It is something where a customer will go from one step to the next and to the next. It is something that can be automated and systemised. The customer gets poured into the top and the money gets poured out on to your desk consistently.

You also look at some of these internet marketing experts who are doing a lot of affiliate marketing. If youre able to have a chat with them and find out more about their business more intimately, you’ll find a lot of them are’nt doing as well as they may seem on the outside. They’re going from affiliate promotion to affiliate promotion and they have to do a new promotion every week or every month. That is just to keep that income coming in. Some of those promotions go really well and some of them don’t. But they don’t have that baseline income. 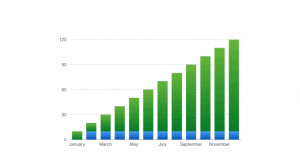 If you’re able to create some of these marketing pipelines, you can do this work down the bottom here. You keep repeating that work. You keep on doing a different promotion or a different automated funnel, promoting things in a different way. That is a way you can take a customer and go from one step to the next and to the next. You start building on your work throughout each step. You end up doing the work once and then you’ve got that work you can rely on.
Next month you do a different promotion. The next month after that, you’ve got two promotions that are just running on autopilot. You add to that and you add to that. It becomes a force multiplier for all your marketing.

So if you’re able to set up all of your marketing as a pipeline, rather than doing it as promotions, then you end up making a lot more money over the lifetime of your customer. It also means that you can pay more to bring customers into the top of your funnel. It means you can also build that baseline income so that you dont need to rely on the next promotion to keep money coming in.

One particular client that we’ve been working with recently, this lifetime value of the customer at the moment is sitting at around $700 per lead. This means these guys can pay $600 for an individual lead to bring them into the business and still make money out of them. Can you think of too many ways you could get a customer for more than $700? There are’nt too many marketing opportunities that are off limits for them now.

Improve your online marketing strategies by starting with your systems. Sign up today for your free systemHUB trial – click here.