The Basics of Outsourcing to the Philippines 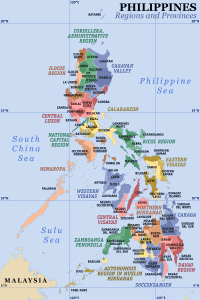 If you’re stuck doing the busywork and you find you’re working more in the business than you are on the business, you need to try to get a team around you. If you look at all the successful businesses out there, at the core there is a strong leader and that business owner but there are team members around. We accept the idea that we need to build a team. Then we start to think about, ok, how do we build this team? Are we going to go out there and try to recruit locally?

Many businesses are now outsourcing to the Philippines, one of the emerging economies today.

However, there are several hurdles there to overcome, such as unreliable electricity and access to the internet. One way to overcome these difficulties is to have your employees work in a facility which provides reliable internet access and some supervision.

Hurdles for business in Australia

If you’re based here in Australia, there are definitely a lot of obstacles to overcome. Australia is really one of the hardest places to make business work because the cost of doing business here is so high.

We’ve got very high taxes. Compared to the rest of the world, the minimum wage in Australia is ridiculous. Not only that, there are four weeks’ holiday pay to be paid every year. We’ve got countless different holidays and public holidays, particularly in April. Then we layer on holiday pay, super, sick pay; all that just makes it very difficult when you’re recruiting locally.

If you’re a busy business owner who needs to get off the tools and start to work on the business rather than in the business, outsourcing could be perfect for you. There are of course different issues that people face when building teams overseas in places with emerging economies, in particular the Philippines.

Obstacles to be faced in emerging economies

Some of these issues include disappearing acts, when someone should be showing up for work and they don’t. There is the lack of electricity, and when they’ve got brownouts and things like that or unreliable electricity. That goes hand in hand with unreliable internet as well. There is also the lack of consistent supervision and monitoring and productivity issues.

The issues people have fall into three main categories. Those categories are first infrastructure issues, things to do with actually getting online and being able to do work. The second category is team based issues or supervision type issues. The third one is around systems. If you can come up with a solution for infrastructure, supervision and systems, you’ll find that a lot of these issues that people have will melt away. Some additional ones are VAs getting distracted by social media. There are people over promising and then under delivering, and being very sensitive to criticism. When they get feedback, they may be sensitive. There can be also poor vetting by some of the local hiring companies.

There are plenty of different problems circulating around building virtual teams. Some of these problems you’re going to find no matter where you end up recruiting. If you recruit locally, you’re going to come across bad apples, that’s just part and parcel of the business. But what you can do is put a few strategic things in place that help to minimise these.

The biggest hurdle has to do with electricity. A close number two is having the internet up and running and tech issues. All of these go hand in hand. With electricity being a big issue, it occurs particularly when you come into summer. 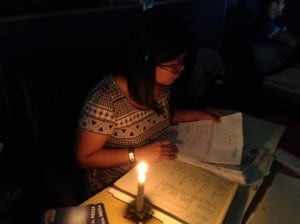 Oftentimes you’ll find in the Philippines they have rolling brownouts. There are literally too many people wanting to use electricity and it just means they’re not able to keep up, they don’t have enough supply. That is probably one of the most significant issues particularly when you come through the warmer season.

Sometimes they’re going to have natural disasters, typhoons and heavy rains and things like that which make it very easy for something to go wrong.

The main areas where you’ll find a lot of this trouble is in very heavily populated areas.

The Philippines as a whole is very heavily populated, but if you go to somewhere like Metro Manila which is the main central business area and even some of the little outposts, this problem can be quite common.

The internet at times can be quite patchy. It’s not as great as we have and part of that again just comes down to the infrastructure. There are also tech issues. Part of this happens when people are working at home. They might not have the technical support of the computers that they need.

It’s true sometimes that these things can actually be excuses and ways someone can explain why they’re not delivering or they weren’t able to show up. It’s very much an easy out. It’s not good for team members to have an easy out. You need to do all that you can to make sure you support your team members. Make sure you do some great recruiting upfront to see that they’re in line with your values and their honesty and integrity is very high.

When employees work at home

If you have employees working from their home, there are no electricity back ups. There are no generators to back up when the electricity drops out. There is no back up internet for redundancies.

Working from home can give your team members flexibility. If they want to work from home they can work their own hours. It shows you trust them. But some of these big issues, particularly electricity, internet and the tech issues and potentially no show issues stem from where your team member is actually working.

If they’re working from home, there are also a lot of distractions. Doing your job from home, if you’re really focused and diligent, can work really well for some people, but it doesn’t work for all people. Let’s consider the alternatives. 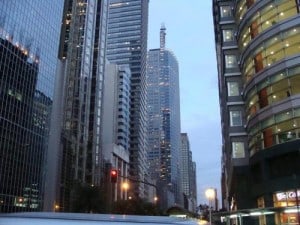 BPO is big business in the Philippines.

We’re seeing a lot of companies now with call centres coming straight out from the Philippines. They’re English speaking, it’s in the same time zone, there are a lot of benefits for businesses to move that part of their business over to the Philippines. This whole industry of BPOs has popped up. They’ve been around for a very long time but the industry has been evolving significantly.

How can you overcome some of these issues that you’re facing when dealing with team members in the Philippines?

Employees working in a facility

One possible way is working out of a facility. We’re seeing them a lot in Australia. Really they’re popping up all around the world. There are different things like co-working spaces, where people go into a central place where a lot of the infrastructure is provided for someone. It means you’ll get reliable internet, you’ll get reliable electricity. They’ll have tech support, there’ll be back up providers.

Outsourcing to the Philippines can be a great way to expand your business at a low cost, but inevitably there will be difficulties to overcome. Problems such as unreliable electricity, unreliable internet access and lack of supervision for your employees can largely be overcome if you have them work in a facility. You can then get all the benefits of outsourcing while minimising any disadvantages.

Does outsourcing still sound too difficult for you? We can help you using our tried and tested SystemHub approach. Click here to talk to us.